Yesterday saw the Royal County claim the 2019 edition of the Gerry Reilly Cup. The Meath men retained the trophy by the narrowest of margins seeing off the challenge of old rivals Dublin at Millbrook.

The holders made a sluggish start to the encounter with Dublin bagging the first two scores courtesy of Oisin Grady. However just as Meath were slowly getting to grips with the capital men the deciding moment of the half came. A long ball into Dublin’s square wasn’t dealt with and Meaths Alan Bowden calmly slotted home. This gave them the lead and momentum as they went into the break 1-05 to 0-05 up. 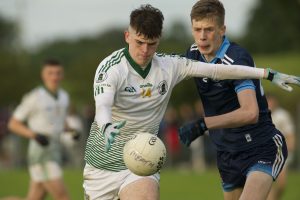 The second half started much the same as its opening counterpart with Dublin dominating the early exchanges. Three unanswered scores saw them draw level. Just as in the first half this sparked Meath into life and up once again stood Bowden to bag the Royals second goal and restore their 3 point cushion. The game then sprang to life as Dublin responded with a goal of their own from Seamus Smith. As we entered the closing stages points from Meaths Adam McDonnel, Ruari Kinsella and dead ball specialist Eoghan Frayne left the holders four in front. Just as the drama looked over and done Dublin’s Luke Breathnach scored a goal to leave the minimum between the sides and ensure a grand stand finish. However the home side held out for the tightest of victories in a pulsating encounter.