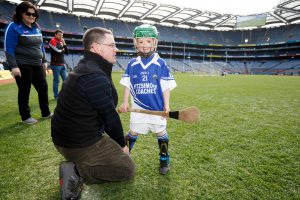 What a great couple of days we’ve just had at Croke Park.

The annual Leinster ‘Go Games’ for Under 8 players took place at GAA HQ on Monday and Tuesday, 10th and 11th April, and once again proved to be a resounding success.

Supported this year by Littlewoods Ireland, the ‘Go Games’ featured over 3,000 players and nearly 130 GAA Clubs from all 12 counties in the province.

The excitement wasn’t just confined to the players – parents, grandparents, siblings and team mentors all joined in the fun.

Six games took place each hour from 9am to 4pm on the pitch both days – so we had 96 matches in total.

There were no blanket defences, no black cards and everyone went home a winner! 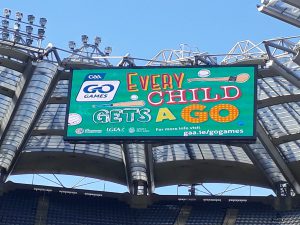