Yesterday at Convention of Comhairle Laighean Offalys Pat Teehan was elected as Cathaoirleach.

The Coolderry native becomes the 3rd Cathaoirleach from the Faithful County following in the footsteps of Seán Robbins and John Dowling. Speaking about his home club and his initiation into the world of GAA administration Mr Teehan said “I attended my first club AGM at the age of 15 and it was there that I got the administrative bug. This may well have been ingrained in me by the lifetime of service that my late uncle Paddy Joe gave to club and county.  I was also influenced by the regular visits to our home of county board Chairman Fr Vaughan and, on occasion, County Secretary John Dowling. ” Upon moving to Dublin to join the Civil Service Mr Teehan took an active role with the Offaly Association in the Capital first as PRO then Secretary and eventually as Chairperson. During this time he was proud to be involved in the organisation of 4 Post All Ireland Receptions.

When eventually the opportunity to return home arose he took this chance with open arms. He was no sooner home than he was elected both PRO of the County Board and Chairman of Coolderry also. Thus began 30 years of unbroken service to the Association. Here he served in a variety of roles from Central Council Delegate and Secretary right up to Chairperson. He also has had the distinction of being appointed to National Committee’s by 7 of the last 8 Uachtaráin’s. It is down to these experiences that Mr Teehan credits todays election for “All of these roles were hugely beneficial to me, gaining me huge experience and knowledge of the workings of our great Association.  They also enabled me to make important contacts and learn from many great minds.  These experiences were hugely instrumental in me being elected firstly as Leinster P.R.O., then Vice Chairperson and now – culminating in today’s great honour – my election as Cathaoirleach of Comhairle Laighean”

From here Mr Teehan went on to speak about his aspirations for the role and what he hopes to achieve – “As I take on this new role, I am not going to implement sweeping changes or make promises which are outside of my capacity as Cathaoirleach.  I will work to the best of my ability within the rules of the Association for the betterment of the GAA…..One of my main objectives during my term will be to ensure that governance is adhered to right across all units of the Association in the Province.  Not just financial governance, which is hugely important, but in administrative roles and responsibilities and all other aspects of our work.”

It is not only the Governance of the Association that is a pressing issue for Mr Teehan but also the continued development of participation from underage right up to adult. “Our playing population has to be foremost in consideration of everything we do, at all levels of our Association, and as a consequence our games must be central to that.  As can be seen from our accounts the spend on Games Development continues to grow year on year and investment has now reached almost €6 million. The investment in Dublin has proven hugely beneficial and the investment in the East Leinster project has also begun to show dividends. We now need to look at the six remaining counties to ensure they are getting the resources they need in order to keep pace with the rest of the province.”

Also elected yesterday were Derek Kent of Wexford as Leas Cathaoirleach, Colm Finnegan of Wicklow as Cisteoir and Westmeaths Pat Lynagh as  PRO. They will join Mr Teehan and Runaí Michael Reynolds in forming the Comhairle Laighean Executive for the next 3 years. 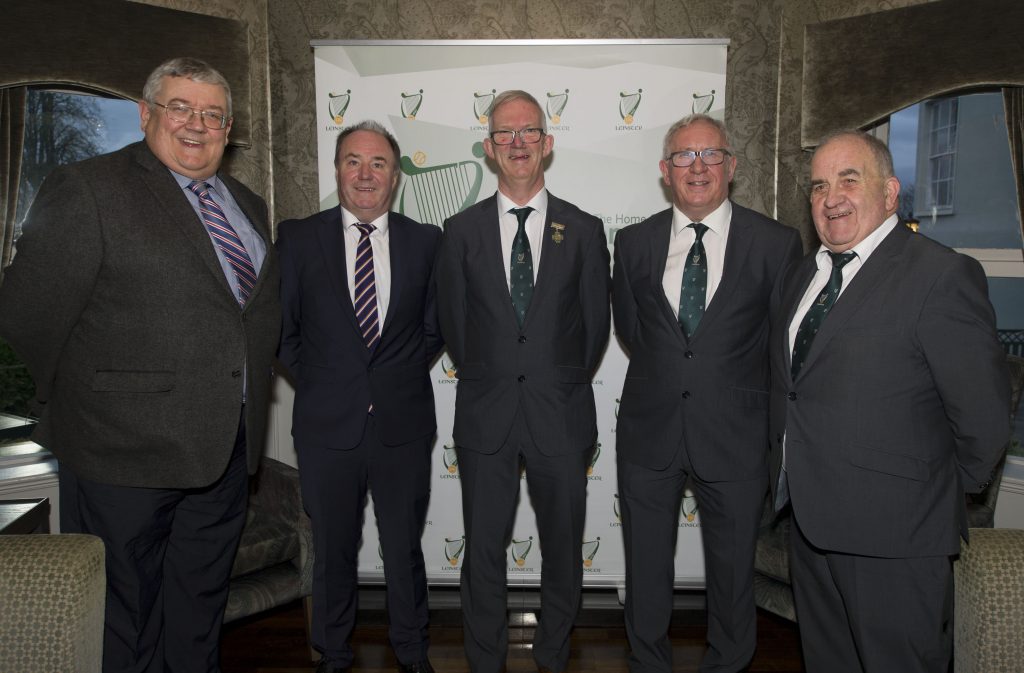