Yesterday Nowlan Park played host to the Division 1 Chadwicks Club League Final between Mullinavat and St Martins. The all Kilkenny affair proved to be enthralling as the men from the South held out for victory in the end.

The St martins outfit started brightly and looked to be dominating when the ever green John Maher bagged a goal. However this would be the best period of the game for the Muckalee men as Mullinavat began to take control. John Walsh was in fine form for the Vat and scored 5 of their opening half tally to leave them 1-07 to 1-04 up at the break.

Early in the second half Mullinavat seemed to br cruising, when John Walsh cropped up again this time to bag a gaol and push them into a 2-11 to 1-08 lead.  However, from here on in St Martins battled back into the proceedings with Shane Kinsella grabbing four points on the bounce. Time appeared to be running out as Mullinavat held onto a 3 point lead into injury team. This might have all changed when Martins were awarded a 20 metre free. Up stepped goal keeper Colin McGrath, but his rising shot went high an over the bar.

It finished 2-13 to 1-14 with captain Robbie Malone receiving the trophy from Tony Duggan of Chadwicks. 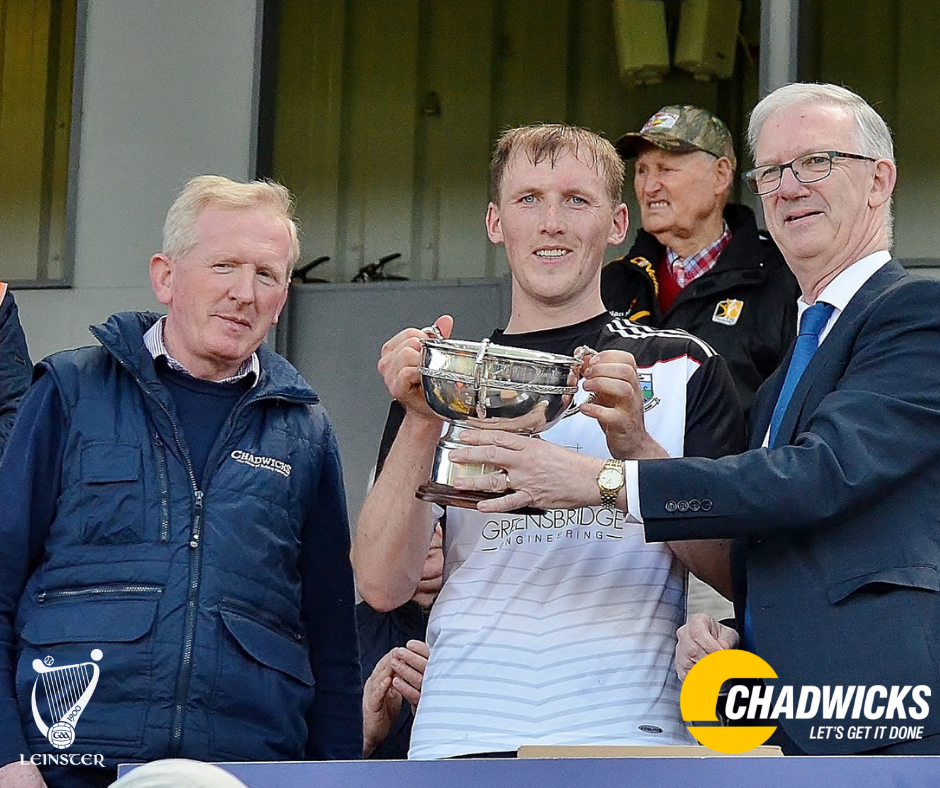