Kilmacow GAA Club in Kilkenny has been named the overallwinner of the inaugural Leinster GAA Chadwicks Kit Out Competition. The competition which ran across the summer gave GAA clubs in Leinster the chance to win over €20,000 worth of Chadwicks product to develop their club facilities.

In total 237 clubs across Leinster entered the competition with 12 county winners selected, each picking up €1,000 worth of Chadwicks products for their local club.

The judging panel then selected three finalists to go on to compete for the grand prize of €10,000 and the overall winner was decided by a public vote. Over 23,000 people voted in the competition with Kilmacow GAA Club chosen as the winner of the grand prize. 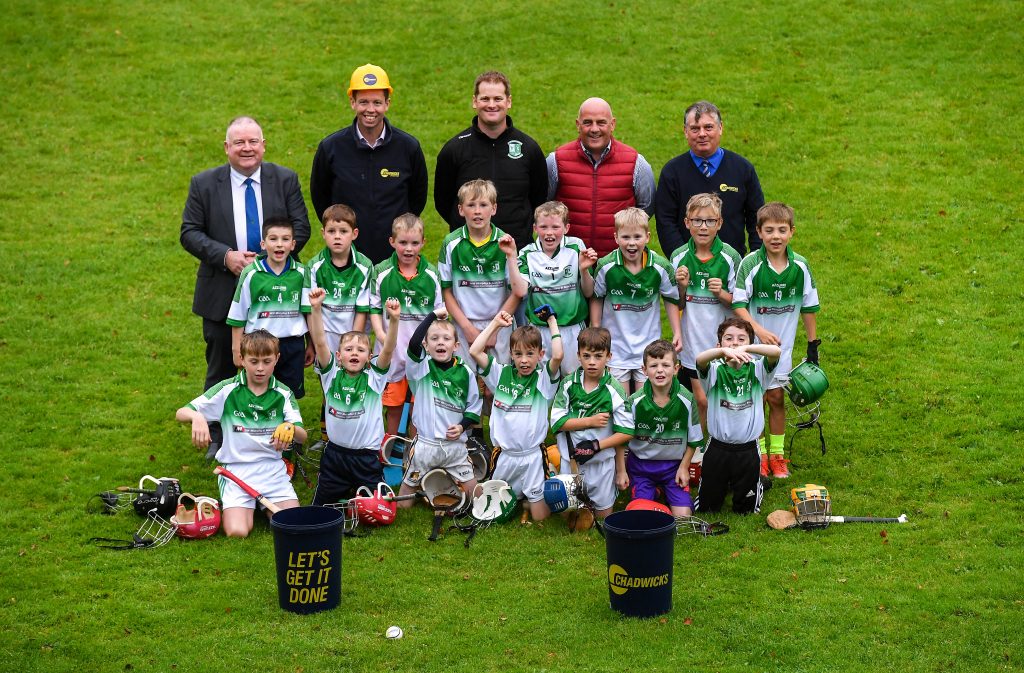 Commenting on the win, Shane Gaule, Chairperson of Kilmacow GAA said; “We are absolutely delighted to be selected as the overall winner of the Chadwicks Kit Out Competition. The prize of €10,000 worth of products from Chadwicks will make an incredible difference to our club as we look to improve our facilities in order to maintain player development and cater for every child that wishes to participate in GAA in our community.

We have club dressing rooms which are shared with other local community clubs and the possibility of upgrading these dressing rooms presents a great opportunity to positively impact our entire parish. We are extremely grateful to the people of Kilkenny and everyone that voted for our club in this competition.”

Chadwicks Group Finance Director Brian Conneely added; “This is the first year of the Chadwicks Kit Out competition and we have been blown away by the response. 237 clubsfrom across Leinster entered the competition and the calibre of submissions was extremely high. It was a very tough call for our judging panel to decide on the winner for each county and even more so to select the finalists who faced a public vote to decide who would take away the grand prize. On behalf of everyone at Chadwicks Group, I would like to extend my congratulations to Kilmacow GAA Club who are worthy winners. We look forward to visiting Kilmacow again soon and seeing the benefits to the community unfold.”

The Chadwicks Kit Out competition was launched by Chadwicks this year to celebrate becoming a sponsor of the Leinster GAA Chadwicks Club Hurling League. The sponsorship and competition marks Chadwicks commitment to support clubs at the grass roots level across the province to improve their facilities.